“What other people has written its history in its art?” (Theophile Thoré).[1]

In 1597 the Protestant Seven Provinces declared their independence from Philip II of Spain who had inherited the region, though independence would only be won through long and bitter struggle: the Dutch Revolt or “Eighty Years War” (1566-1648).[2] The southern Catholic regions originally joined in the revolt, but capitulated to Spain. Out of this turmoil the Dutch Republic emerged led by William of Orange (see below) which led to one of the first modern European republics. With the Peace of Munster in 1648, hostilities ceased. This momentous event in which the oath of ratification is sworn, is celebrated in a number of pictures painted by Terborch and Van der Helst. 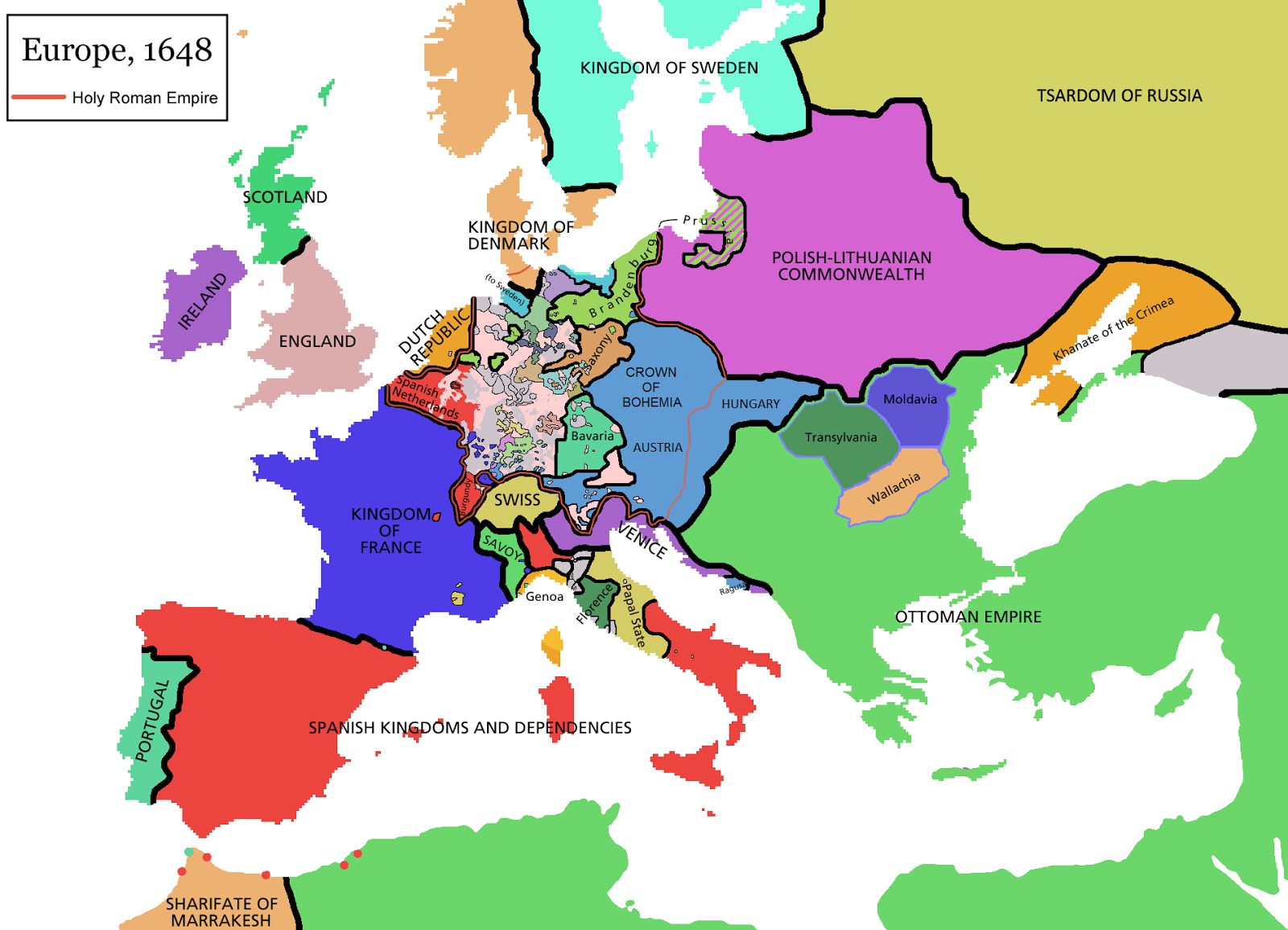 Every country has its own myth of origin and the Netherlands is no exception. One of the most enduring is that of the revolt of the Batavians, ancestors of the Dutch who rebelled against their Roman masters in 69 AD. The most famous example of this in art is Rembrandt’s magnificently bizarre Conspiracy of Claudius Civilis, the one-eyed Batavian leader who swears a conspiratorial oath with a motley group of confederates. In a gentler vein, Aelbert Cuyp’s pastoral landscape the Valkhof at Nijmegen pleasingly blends the Batavian myth (the castle was Civilis’s ancestral seat) with an idyllic Dutch scene of cows, herders, water, windmills[3] all bathed in an Italianate glow betraying Cuyp’s influences.[4]

Another “liberation narrative” is the Hebraic one. In his cultural history of the Dutch nation, Simon Schama demonstrated how the story of Exodus was used as a metaphor for the Dutch’s republic ambitions. In the modern era the Exodus story is generally used as “a reference point for godly nationalism,” but in the 17th century, Calvinist writers like Cromwell and Milton could “invoke the Exodus in justification of radical separation from idolatry and the making of a covenant of free people.” These ideas inspired the Dutch who had left the “fleshpots of the South” and moved north over water and, land, to reach a “land of abundance.” To them, the Exodus narrative was rooted in reality rather than myth.”[5] Defying the latter day Herod of Philip II, the Netherlanders are led out of Spanish captivity by their “Lion of Judah,” William of Orange. This Biblical link is confirmed by consulting Goltzius’s portrait of William the Silent which is supplemented with scenes from Exodus. We also see the theme of the salvation of the Jews in such dramatic pictures as Jan Steen's Esther & Ahasuerus. However, it should be stressed that extending the Exodus concept to the whole of 17th century Holland can lead to distortion of the facts, given the complex religious situation in cities such as Amsterdam.[6]

For the Dutch the most significant dynasty was the House of Orange- Nassau which produced the nobleman William I, also known as William the Silent. Originally William served the Habsburgs, but grew increasingly unhappy with the baleful treatment of the Dutch Protestants by the Spanish. Faced with this persecution, he turned against his former masters and led the Dutch uprising. Portrayed by many artists, including Adriaen Thomasz Key and Hendrik Goltzius, William the Silent is one of the Netherlands’ prominent nationalist symbols. And the same can be said for his tomb in the Nieuwe Kerk, Delft which was designed, though not finished, by the Utrecht artist Hendrick de Keyser. It became a favourite motif of many Dutch artists including Emanuel de Witte from Alkmaar who became famous for his austere and views of the interior of Protestant churches as well as Jewish synagogues.[7] From 1572, William I also held the title of “Stadhouder,” usually translated as placeholder, a form of stewardship. At a time when civil society was taking form, tensions existed between the ruling dynasties and the city councils that enjoyed growing political power.

One of the most famous Stadhouders was the youngest son of William the Silent and Louise de Coligny, Fredrick Henry (1625-1647) who was born just six months before his father’s assassination in 1584. His stewardship occurred during what is considered to be the “Golden Age” of the Dutch Republic.[8] His secretary Constantine Huygens (1597- 1687)  was a patron of Rembrandt, but that timeless master was never suited to royal portraiture; so the Stadhouder was painted by less familiar artists like Honthorst and Mierevelt, an unjustly neglected artist who portrayed members of the British nobility like Baron Vere of Tilbury.

Fredrick Henry also built Huis ten Bosch (“House in the Woods”) at the Hague which contained the Orange hall, a room full of allegories by Catholic painters like Jacob van Campen and Jan Lievens (Rembrandt’s studio-mate in Leyden) executed in a flamboyant baroque style. Such aristocratic projects were extremely rare in Holland but they remind us of the strains on the Dutch body politic which were at their most intense during the reign of his successor, William II. Though his legal powers were severely curtailed, the stadhoulder William II tried to exert his authority much like the English Stuarts and rode on Amsterdam with the intention of putting the burghers in their place. Though Amsterdam was put on a war footing, William’s army got lost and dispersed in the fog giving the city time to lock its gates. Perhaps the Stadhouder had been alarmed at the symbolic importance of the New Amsterdam Town Hall. Planned since 1643 this huge structure was at the time the largest building in Northern Europe and its size seemed to “advertise the disproportionate power exercised by the city and its regents in the affairs of the Republic.”[9]

If there is a figure that could symbolise the “Anglo-Dutch” exchange, the traffic in intellectual culture between the two nations, that person could be Constantine Huygens. His taste in art and music as well as his curiosity in scientific matters have been connected with his visit to England in 1622.[10] In that year he was knighted by James I, and as one scholar has said, “Sir Constantine…was one of the few equally at home in the two worlds in which England and Holland respectively excelled- the world of music and poetry and the world of painting.”[11] A section of his Autobiography is allocated to his artistic education including an inventory of Netherlandish artists, though he considered Rubens the most outstanding. Boasting a large library, Huygens was interested in the philosophy of Francis Bacon as well as the eccentric inventor Cornelis Drebbel who was known to Rubens who met him in London in 1629.[12] Scientifically inclined, Huygens brought a camera obscura back from England and sponsored Dutch scientists for membership of the Royal Society.[13] Some years after his diplomatic visit he married Suzanna van Baerle with whom he had five children including Constantine Jnr (1629) and Christiaan (1631), and Suzanna (1637).  Christiaan inherited his father’s interest in science; he later became a member of the Royal Society. Amongst his achievements were telescopic studies of the rings of Saturn and the discovery of its moon Titan.

n addition to artistic and scientific interaction between England and Holland, religious ideas travelled across the North Sea. There were, in fact, links already in place: due to Amsterdam’s tolerant attitude there were a handful of English exiled churches (Puritans, Scottish Presbyterians, Anglican, Congregationist, Brownist, Baptist).  There were also many Jews, a faith that had been barred from England by Edward I in 1290.[14] Seeking to reverse the situation, the Jewish rabbi. Menassah ben Israel (1604-1657), who lived on the same street as Rembrandt, went to England in 1651 in order to petition Parliament.[15] Menasseh even secured an audience with Cromwell in 1655 with the aim of asking the Protector to let the Jews settle in England.[16] Millenarian prophecies fed into this time of civil war and political unrest, and some scholars have read the apocalyptic message of Rembrandt’s Belshazzar’s Feast in terms of millenarian prophecy and seen the inscription as proof of the artist’s familiarity with the rabbi’s writings.[17]

A Military and Artistic Invasion.

One of the most intriguing mysteries of 17th century Europe is the virtual disappearance of the invasion of Prince William of Orange (the future William III) of the British Isles on 1st November 1688 from the historical record.[18] Armed with an invasion force of five hundred ships and twenty thousand troops, he embarked upon his venture which was to be stage-managed as liberation. Sailing past Dover, the Dutch fleet’s progress was recorded by the eager pen of Constantine Huygens Jnr (1628-1697) who was in fact Secretary to William of Orange, following in his father’s footsteps. From Constantine Jnr we get a vivid and favourable account of life in England as seen through the eyes of a member of the Amsterdam elite. Their first port of call was a village named Braxton where he and the Stadhouder bivouacked for the night.

In addition to the written record we also have paintings of the Prince of Orange by such artists as Jan Wyck who had arrived in England twenty years before William of Orange. Wyck and other Dutch artists like Willem van der Velde served as catalysts for the genre of marine painting in England.[19]Van der Velde marks the first significant impact on the English school of art with his pictures of sea battles emulated by artists such as Samuel Scott. And we have such Dutch masters as Caspar Netscher who painted Mary Stuart, King James II’s eldest daughter and wife of Prince William. Together, in the form of coregency, they would reign as William and Mary, the orchestrators of the so-called “Glorious Revolution,” the culmination of Williams’s invasion that never was.

9)      Bartholomeus van der Helst, The Celebration of the Peace of Münster, 1648, Rijksmuseum, Amsterdam.

25)   Adriaen Hanneman, Portrait of Constantijn Huygens and His Five Children (with the sons Constantijn, Christiaan, Lodewijk and Philips and the daughter Susanna), 1640, oil on canvas, 204.2 x 173.9 cm, Mauritshuis, The Hague.